Responding to the Next Public Health Crisis

Readers of KCIC’s Risky Business blog will know that mental health, especially among children, is a cause that is close to my heart. It was the reason I completed the World Marathon Challenge in 2018, dedicating my training and the seven-day race to raising funds for a new mental health unit at Children's National Hospital in Washington, D.C.

Recently, KCIC had the honor of sponsoring Cycle4Life, another ambitious effort launched by two friends, Heath Saffer and Omar Baloch — mental health activists who have been on a two-month, 4,300-mile trek across America to raise funds and awareness to end teen suicide.

On the morning of July 1, I saw Heath and Omar off in person from Georgetown on their final leg of their journey, from Washington, D.C., to Bethany Beach, Delaware, over the Fourth of July weekend. I was energized seeing two young people devoting themselves to something so important and urgent.

They hope their Cycle4Life journey, launched in Seattle on April 15, will help reduce the 6,000 young lives lost per year to suicide. The fundraising goal is $100,000, with 100% directly benefiting two D.C.-area nonprofits: Our Minds Matter (OMM) and the Devon C. Rubenstein Foundation. You can donate here.

Heath and Omar know the pain personally. They lost a childhood friend, Devon Rubenstein, to suicide.

The Next Public Health Crisis

Besides raising funds, Heath and Omar want to end the mental health stigma that prevents many young people from seeking care — especially now. The Centers for Disease Control and Prevention (CDC) reports that teens are experiencing higher rates of depression and anxiety. Experts anticipate mental health to be the next public health crisis after the COVID-19 pandemic. Meanwhile, most American school systems are not equipped to provide mental health support to their students. During their journey, Heath and Omar interviewed young people about their mental health experiences.

We all can play a role in this crisis. We can support organizations that are trying to save lives.

“It is so important to have allies like yourself in this fight to normalize mental health and ultimately prevent suicide,” Lauren Anderson, Executive Director of OMM, wrote to me after I met up with Heath and Omar.

How You Can Help

OMM was founded in honor of Lauren’s brother, Josh, who died by suicide in 2009 at the age of 17. The organization’s goals are to equip teens with mental health education, resources and support so they never die by suicide. OMM provides in-school mental health support to approximately 150 schools and thousands of students through a network of student-led mental wellness clubs — part of an upstream prevention model based on resiliency research and the power of peer-to-peer influence.

The funds raised through Cycle4Life will help OMM support 40 clubs across the country, directly and indirectly impacting the lives and mental health of thousands of kids. The student-led clubs aim to change their school’s culture around mental health by increasing coping skills, social connectedness, help-seeking behavior, and prosocial skills among teens. Again, you can donate here. 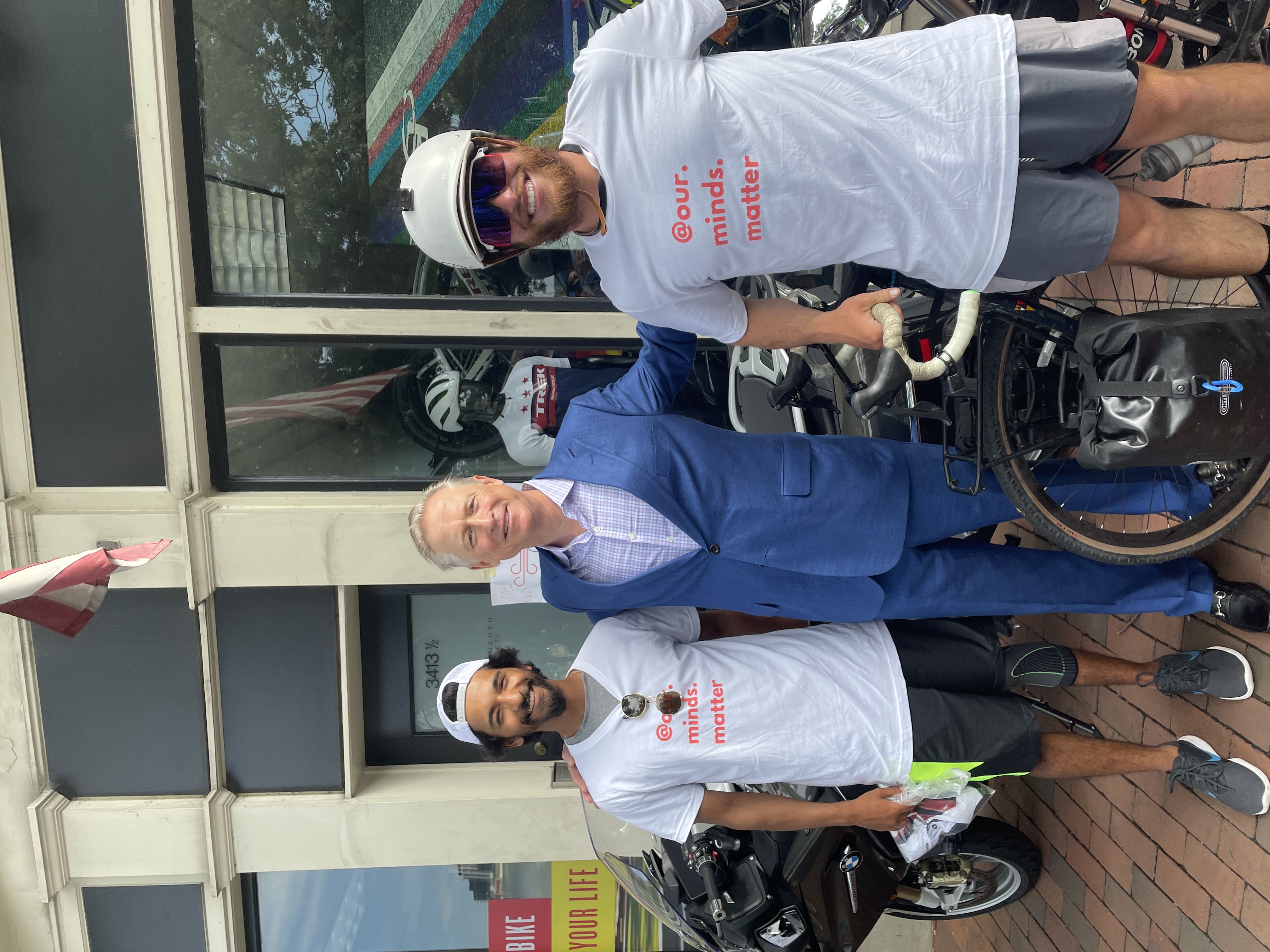