Jonathan Terrell recently blogged about KCIC’s role in handling Sexual Abuse Claims and related insurance issues, and also wrote about the changes at the state level that have led to an increase in the filing of Sexual Abuse Claims. These state level changes have mostly occurred in two forms.  The first is in the form of amendments to the statute of limitations for filing charges or civil lawsuits relating to abuse, and the second is the creation of lookback or revival windows that allow lawsuits to be filed up to a specific point in time.  Some states have combined these two mechanisms to provide both a “catch-up” period and a permanent change in the statutes.

New York recently passed what is known as the Child Victims Act (“CVA”), extending the statute of limitation for more than 30 years for civil cases. Existing statues limited the filing of charges or lawsuits to a short period of time after the abuse occurred or in the case of a child, for a few years after they turned 18. Before this change in New York, a child victim could file up until they turned 23. Under the CVA, the filing period extends that age until they are 55.  New York’s criminal statute of limitations was also changed, which extended the age limit from 23 to 28.

State-established lookback windows allow civil suits to be filed against individuals and institutions regardless of when the abuse took place, as long as the suit is filed within the specified window of time. These windows also eliminate the age restrictions and create a “catch-up” period such that claims previously barred due to these limitations can be filed.  Once the lookback window ends, claims are again barred by the statute of limitations.

Insurance Journal recently summarized the new civil laws passed in each of these states as follows:

The time extensions sometimes come with other changes in the statutes.  For example, Arizona changed the level of evidence from “preponderance of the evidence” to a higher standard of “clear and convincing evidence”.  In addition, any lawsuit against a church or organization also has to show proof that someone in a position of authority knew and either did nothing or deliberately covered it up.

New York had over 400 lawsuits filed on August 14 alone, the day the Child Victims Act went into effect, and has had over 1,100 filed claims to date. Religious institutions, schools, and other organizations that work or interact with children continue to see filings as a result of these revised statutes and lookback windows.

Not all states have changed their statute of limitations, but that is not necessarily blocking victims from coming forward.   A group of eight plaintiffs filed a suit in the District of Columbia earlier this month because their states did not amend their filing laws. KCIC will continue to monitor any updates.

Many of the defendants in these cases likely have historic insurance policies that could be used to cover these potential liabilities. Given the time that has passed, it is possible that the relevant coverage documentation has been misplaced or is disorganized. It is essential to have a complete and organized depiction of available coverage from all potentially liable parties in order to determine potential insurer reimbursement.

KCIC has a long history of assisting in insurance archeology, policy review, document management, payment tracking, and settlement allocation. KCIC’s state of the art technology, the Ligado platform, can be deployed to assist in managing these claims, ensure all data is in one place, and help secure compensation for victims.

KCIC’s Elizabeth Hanke co-chaired the recent Perrin Conference, Coverage and Litigation Issues Surrounding Sexual Harassment, Assault and Abuse Claims, which was in New York City on January 29th, 2020. There were a lot of great discussions regarding these claims and the litigation involved.  We anticipate future conferences surrounding these topics so please check back soon. 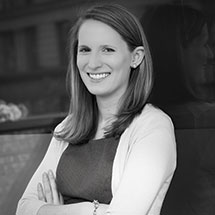 Lauren Macina manages projects that involve insurance coverage litigation and settlement, development of claims processing procedures and systems, and complex analysis of claims and insurance. Lauren is involved in all aspects of client's needs and understands how claims data impacts litigation and forecasting.