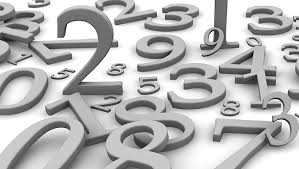 Let’s say you finally have all of your claims administration data and documents in one place, as KCIC’s Ligado Platform allows you to do. What’s next? You are able to benefit from real-time reporting.

Just be aware there are various counting methodologies — and scenarios that can make any of the methodologies appropriate or preferred. The important thing is to make sure all parties know the methodology, what is included/excluded, the potential effects, and that the methodology is clear/consistent when comparing reports and statistics.

Here are the main methodologies:

When using this methodology for counting, each plaintiff is counted once, regardless of how many claims and/or lawsuits that plaintiff may have. In these cases, you must make decisions regarding which claim/lawsuit to count when there is more than one. Generally, it is the latest diagnosis and/or most recent (currently active) lawsuit that is counted. Often, this methodology lowers the dismissal count. For example, consider a situation where a plaintiff filed in the wrong state — the first filing gets dismissed, then the plaintiff re-files in the correct jurisdiction. This would only get counted as one and you would lose that original dismissal in your counts. Another example to consider is when a plaintiff files an initial asbestosis claim that gets settled with a limited release, then that plaintiff comes back and files a mesothelioma claim once that disease has developed. In these cases, you have the potential for two settlements (one non-malignant, one mesothelioma), but it would still only be counted as one since it’s the same plaintiff.

When using this methodology, each claim is counted once, regardless of how many lawsuits, though a plaintiff may be counted multiple times if he/she has more than one claim. Generally claims are differentiated by different disease or different allegations — so this would account for cases where a plaintiff has filed multiple claims for disease progression (as in the non-malignant and mesothelioma example above). However, this still would NOT account for situations where a plaintiff filed the same claim in two different jurisdictions. In these situations, you would still only have one count but multiple jurisdictions to which you would potentially want to apply that count.

When using this methodology, each lawsuit is counted once, regardless of how many plaintiffs are named on the lawsuit. This will group down your multi-plaintiff lawsuits to only count as one. We don’t see as many multi-plaintiff lawsuits these days for asbestos, but this methodology does give the potential to under-count. Reporting complications come in when the plaintiffs on these cases have different diseases and when some, but not all, have settled or been dismissed.

When using this methodology, every claim and lawsuit combination gets counted separately. For instance, in the example of plaintiff filing the same claim in two jurisdictions, this would now get counted as two instead of one. For the example of plaintiff filing multiple claims for disease progression, this would also be counted separately as two (or more). In circumstances where complaints name multiple plaintiffs, each plaintiff would count as one. In our experience, this is the best way to get accurate counts of any and all activity. It is also a good way to make sure all old claims are actually released/dismissed out of court system.

Depending on your reporting purpose, you may want to count differently. For forecasts, reserving, etc. the acceptance rate (claims resolved with/without payment) does matter, so discounting your dismissal rates (as some of these methodologies do) may be a problem. In other cases, it may be preferable to exclude the wrongful filings or lesser disease filings and focus only on the final claims for plaintiffs.

Whatever your methodology decision, most important is to know how the numbers being provided to you, or that you are providing to another party, were computed — and to be sure the methodology is understood and consistent.