The Question of Personal Jurisdiction 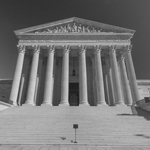 Personal jurisdiction has been a hot topic in asbestos litigation circles ever since the U.S. Supreme Court case Daimler AG vs Bauman in 2014, which essentially ruled that a defendant can only be sued in a state that is its principal place of business, or a state where it is incorporated.

This ruling caught the eye of asbestos defendants, in part because an increasing number of plaintiffs are suing defendants in states where neither the plaintiff nor defendant has any ties. In other words, the plaintiff may not live in the state, nor have been exposed to a defendant’s product in the state. So the question becomes: should such a plaintiff be able to sue a company in that state?

Asbestos defendants are taking that question to the courts in hopes of getting dismissed from cases in states where they do not do business. This issue, however, has proved to be more complicated in court.  The courts seem to be taking this issue on a case-by-case basis, ruling very differently at times. An article in the National Law Review highlights two recent cases in Madison County, Illinois. Madison County is arguably the “hot bed” for asbestos cases in the U.S., with 48% of mesothelioma filings and 25% of all asbestos litigation filings in 2015, according to KCIC’s analysis of at least 90% of the total asbestos filings in the U.S. (and likely more).

The decisions show that issues of personal jurisdiction are not always clear. As more defendants fight this issue, it will be interesting to see what, if any, precedents the courts point to in their rulings.