Asbestos: What Did We Know … and When? 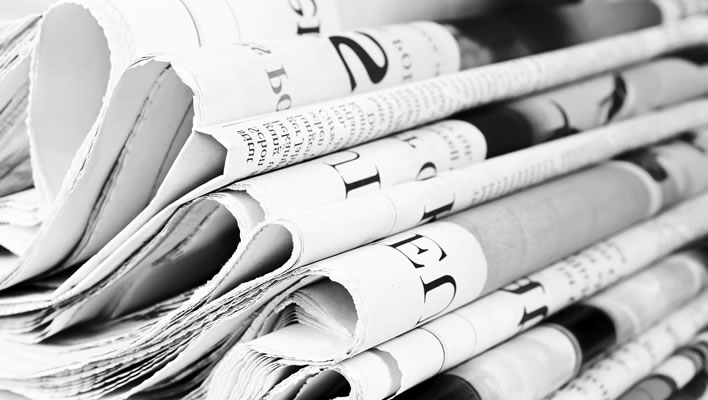 KCIC is pleased to present this guest post by David Sicilia, Associate Professor of Business, Economic, and Technology History and Henry Kaufman Fellow in Business History at the University of Maryland, College Park.

For decades, a deeply flawed historical argument has set the terms of debate in many asbestos liability cases. It is flawed in a variety of ways, most seriously because it violates the central tenet of historical research: opinions, arguments, and conclusions should rest on empirical evidence.

In this basic scenario, a small number of medical researchers (most working outside the U.S.) reported on some apparent cases of asbestos-related lung disease in the early 20th century, at which point virtually everyone knew asbestos was dangerous.

Some point to the Annual Report of the Chief Inspector of Factories and Workshops, published in the U.K. in 1898, as the beginning of public knowledge of asbestos hazard. But most are content to rely on Merewether and Price (1930) and a few other sources to assert that the dangers of asbestos were “widely known” (to quote Barry Castleman) by the 1930s. The most cautious of the breed say it was not until Irving Selikoff’s conference and publications in the 1960s that the public was put on notice that asbestos could be dangerous.

All three scenarios are wrong.

To assert that American society was put on notice about asbestos hazards in the 1890s or 1930s or 1960s or any other period, one must investigate what was actually recorded in as many relevant sources as possible — not merely medical journals — and how that information did or did not move from one information domain to others.

What I found contrasts dramatically with the standard scenario.

Consider what was reported in the nation’s newspapers — the public’s leading source of information well into the late 20th century. (Television newscasts were a scant 15 minutes long until 1963, and then expanded to only 30 minutes.) For one vein of research, I searched for the word “asbestos” in every page of every issue of five leading regionally diverse U.S. newspapers: TheNew York Times, Los Angeles Times, Chicago Tribune, The Wall Street Journal, and the Washington Post. I then downloaded, reviewed, and categorized every item — approximately 68,000 in all — as being positive/neutral (extolling the virtues of asbestos or reporting factual information about it with no reference to health issues) or health-related (any mention of asbestos-related health issues, even if tentative or inconclusive). This graph summarizes my findings. 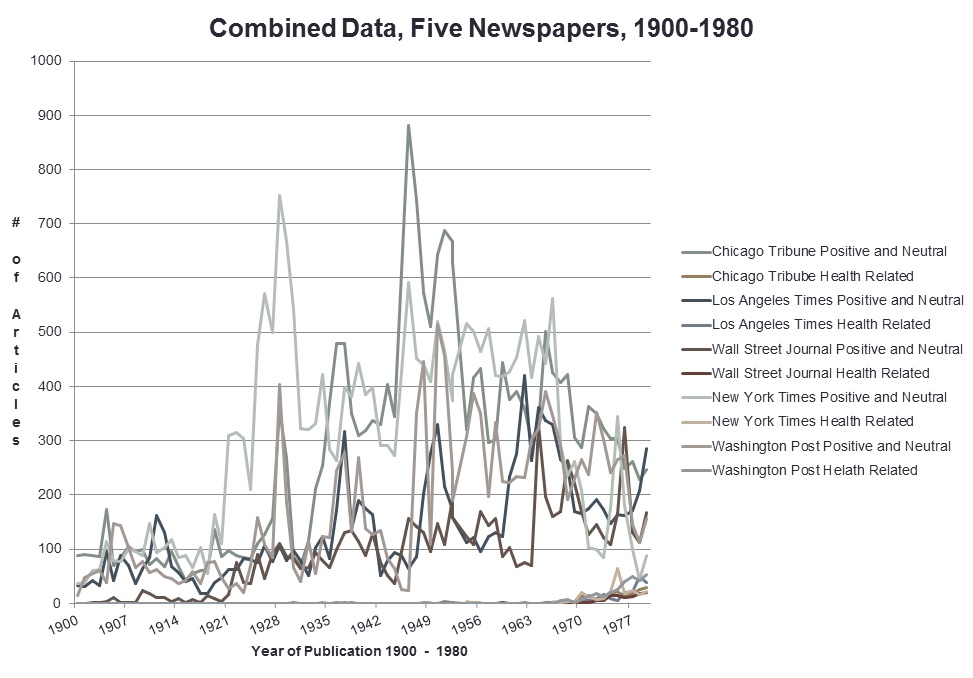 To find the health-related asbestos items, look for those short lines that appear in the lower right of the diagram. The number of health-related items before then is too insignificant to register visually.

The pattern of coverage in the five major newspapers is clear and consistent. Before 1970, readers were exposed to hundreds of positive or neutral messages per year in articles and advertisements and real estate listings that extolled the virtues of the material or reported on industry developments. The tsunami of messages conveyed that asbestos products were commonplace and helpful in American life.

In sharp contrast, over these seven decades, a miniscule number of items in each paper — only one in approximately every 1,000 newspaper items about asbestos across all of the papers — discussed or even mentioned any real or possible negative health effects associated with asbestos products.

I also conducted extensive searches in local and regional newspapers, popular magazines, and radio and television broadcasts. These revealed the same pattern: the general public was not exposed to meaningful numbers of health-related messages about asbestos until the 1970s.  Even Dr. Selikoff’s research findings and the New York Academy of Sciences conference in October 1964 barely registered a blip in the nation’s local and national media in the 1960s. The New York Times published only one article about the conference that year and none the following year. Almost none of the local papers across the country picked up the story. So even scenario three — the most conservative one, which claims no broad public knowledge until the 1960s — is false.

If we consider the sort of asbestos cases commonly litigated today, these data actually over-indicate the degree to which the public or industry or workers were put on notice about asbestos hazards. This is because virtually all reports before the 1970s were about workers in very dusty trades — mining and milling asbestos or (later) asbestos insulation work. Even medical researchers, whose work was almost never widely reported, focused on prolonged asbestos exposures in dusty trades. They didn’t consider until much later manufacturers of encapsulated products, ordinary homeowners, urban dwellers, household bystanders, or other groups that later took to the courts.

Many of the leading proponents of the standard scenario have no formal historical training. The courts, now armed with Daubert, need to be more vigilant about screening out unqualified “experts” who cherry pick historical evidence. Professional historians strive to cast their evidentiary nets as far and wide as possible. We use up-to-date research tools and methodologies. We are mindful of context and proportion. We don’t surmise about who might have known what when. Rather, we look at what information sources actually said and how information did — or did not — circulate among various audiences. 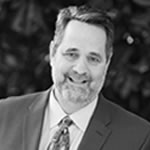 David B. Sicilia is Associate Professor of Business, Economic, and Technology History (Department of History) and Henry Kaufman Fellow in Business History (Robert H. Smith School of Business) at the University of Maryland, College Park. For 20 years he has consulted for large and small public and private institutions, served as an expert witness in asbestos and other litigation, and appeared in major national and international media outlets.